Dambusters - The most daring raid in the RAFs history Clive Rowley 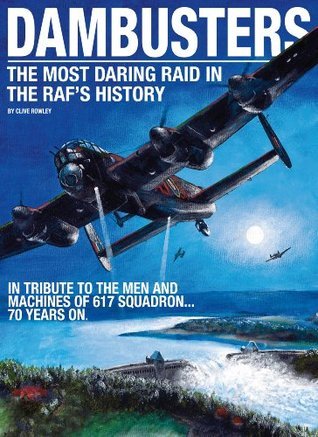 This is also a story of inspired leadership under conditions of almost unbelievable strain.For decades the results and effects of the Dams Raid have been ‘down-played’ or even condemned by a series of commentators, journalists and academics. Here the author sets the record straight, opining that those views denigrate the sacrifice of those involved quite wrongly, especially those 53 who willingly gave their lives in the belief that they were making a difference.But theres more, as although 617 was originally formed to carry out one specific operation, it subsequently evolved into a specialist, precision bombing squadron.

The brilliant post-Dams Raid work done by the squadron is also covered.In 1943 Operation Chastise, as the Dams Raid was officially named, established a legend that still resonates today.

Comments
Comments for "Dambusters - The most daring raid in the RAFs history":